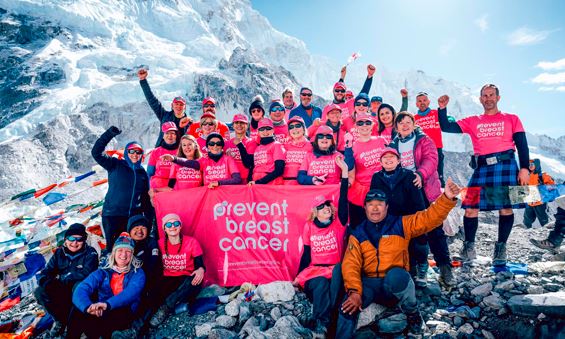 Back in November our very own Marketing Manager, Victoria Bowe, took on the challenge of a lifetime and trekked to Everest Base Camp in aid of Prevent Breast Cancer.

Victoria joined 31 other charity supporters – including Coronation Street actress Sally Dynevor to climb a staggering 5,554m over 12 days, facing challenging terrain and sub-zero temperatures in order to raise £121,720 for the Manchester based charity.

It’s a cause that is particularly close to Victoria’s heart, as 2019 marks the twentieth anniversary since her mother, Shelagh, sadly passed away from breast cancer when she was 41 years old.

Victoria said of her trek:

“My highlights have to include the hustle and bustle of Ramechhap airport where a handful of us were whisked onto a plane within minutes of arriving before landing on the world’s most dangerous airstrip – Lukla. After a few hours and numerous flights later our group was reunited and ready to start our trek!

We headed downhill to Phakding and on the way became familiar with prayer wheels, mani-stones and zopkios (yaks crossed with cows). It was time to get our heads down in our first teahouse ahead of a long walking day. On day 2 we woke up to beautiful sunny weather and encountered the first of many swing bridges on our way to Namche Bazaar, arriving just before dark.

The following day we soon realised that ‘rest day’ wasn’t quite what we had in mind! The 9 hour acclimatisation day began with a visit to the Sagarmatha National Park museum and the statue of Tenzing Norgay before the steep walk to the famous Everest View Hotel.

Day 4 is the day that I’d been dreading with a downhill walk followed by a steep climb up to Tengboche where we rested for lunch before a steady climb to Pangboche. The next day was a short walk as we trekked to Dingboche (where there was the most incredible cheesecake!).

At this point the altitude really started to kick in and our legs were starting to get tired as we travelled to Lobuche. The following day it was time to trek to our final teahouse at Gorak Shep. We had a couple of hours to relax before some of us headed out to summit Kala Patthar. Kala Patthar summit was the highest point of the trek and my personal highlight was watching the sunset on Mount Everest from here. It was time to head to bed early as the next morning we would be heading to Everest Base Camp!

The walk to Base Camp was filled with all kinds of emotions and we couldn’t believe it when we could see it in the distance, we had finally made it after 8 days of trekking and what’s more, we had Base Camp all to ourselves being the only group there - it was such a surreal moment!

The trip back down was filled with long days taking us just 3 days to reach Lukla. We certainly celebrated once we were back in Kathmandu. After a diet of rice, Dal Bhat and momos the pizza was very welcome!

Climbing to the base of Mount Everest was one of the hardest things I have ever done, both physically and mentally, but knowing what we were doing it for kept me going, as well as the fantastic group I was with and all the well-wishes and donations from home. It was an adventure I’ll remember for the rest of my life!”

Prevent Breast Cancer is the only UK charity that focuses solely on the prediction and prevention of the disease. In total, the team have raised an incredible £121,720 to date.

To donate to Victoria, visit: https://uk.virginmoneygiving.com/VictoriaBowe 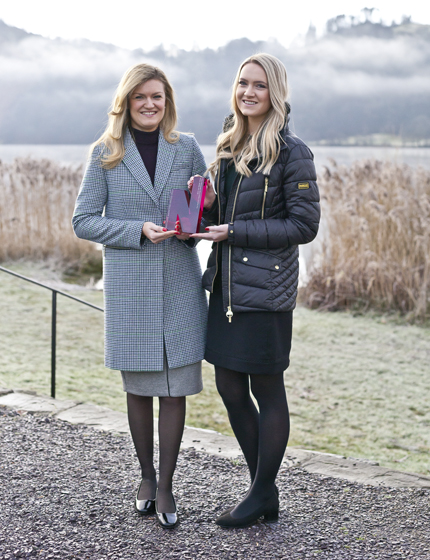